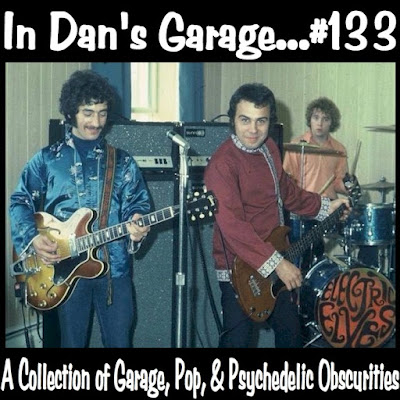 GREETINGS MUSIC LOVERS!!!!!
I know it's been a VERY long time since I last posted and I sorely miss doing this. One of the main reasons is my record collection at the moment is so disorganized, that I'm having a hard time figuring out what I've used on this here blog, and what I've played on the weekly Dan's Garage radio program, and to add insult to injury, I accidentally deleted the draft to this post after completing at least 3/4 of it. For this reason I will be very brief and won't add any sterling commentary on the 45's. Perhaps I'll add them later after I gather my thoughts again. This is a real bummer because I have real good info on a lot of these records. I still hope you enjoy it all anyway, some decent stuff here. I'll be working on the next one very soon. Thanks again to all for the kind comments and especially from members and/or friends and relatives of theses groups featured here.
Enjoy. 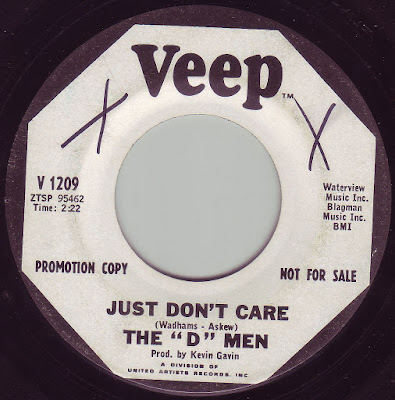 The 'D' Men from Stanford, CT released three 45's, two on Veep and one on Kapp all pretty good garage/pop and all six sides are worth listening to. This particular 45 has a cool upbeat A side and the B side is a wild instrumental which features a particularly cheezy combo organ in the mix. 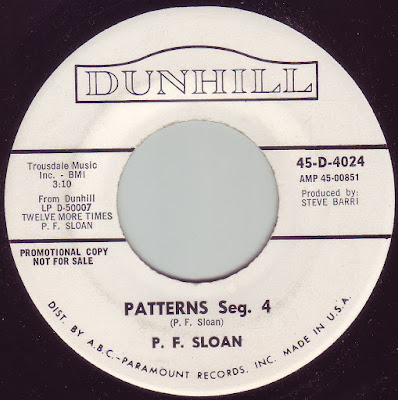 What can I say about P.F. Sloan??? Possibly one of the twentieth centuries greatest rock, pop, folk songwriters who along with Steve Barri were responsible for a slew of hits in the sixties and well into the seventies. P.F. also had a rather prolific  solo career and released nine 45's, seven on Dunhill. This one here is a cool spoof on Bob Dylan with typical "stream of consciousness" lyrics. The B side is one of the sixties better folk rock numbers. Highly recommended. 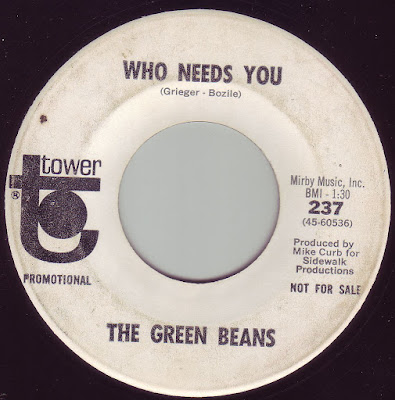 Whew! This one clocks in at a whopping 1:30 and these guys make all that time count! These guys were from L.A., had huge pompadours dyed green (obviously way ahead of their time given today's fashion trends) and wore some pretty slick outfits as well. 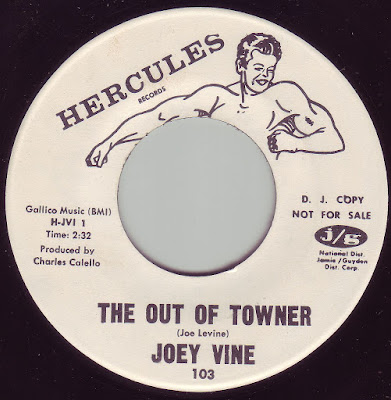 I could write about six pages of info on Joey Vine. Joey Vine was actually Joe Levine a rather famous musician, producer, arranger, etc. that was involved in everything from rock & roll to TV commercials. He sang with The Third Rail, and was also at the forefront of the "bubblegum" craze in the late sixties and early seventies and scored a big hit in 1974 with "Life Is A Rock (But The Radio Rolled Me)". On this 45 we witness another Bob Dylan spoof with "The Out Of Towner". Classic. 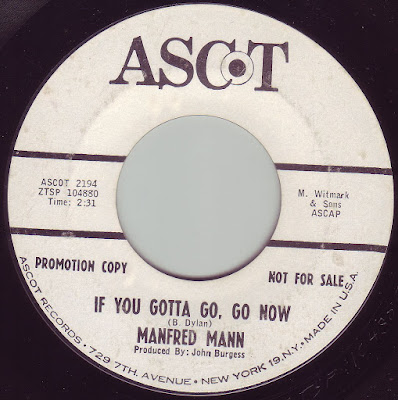 I love Manfred Mann. They were perhaps one of the most eclectic (I sometames dislike using that word about "beat' groups) bands of the British Invasion, mostly because they added a little something extra to their music, saxes, vibes, flutes as well as the usual guitar, bass, drums, keys, vocals profile. On this 45 they tackle a Bob Dylan song (AGAIN?!?!?!?!?) and do it rather nicley. The flip has lead vocalist Paul Jones crooning about himself. 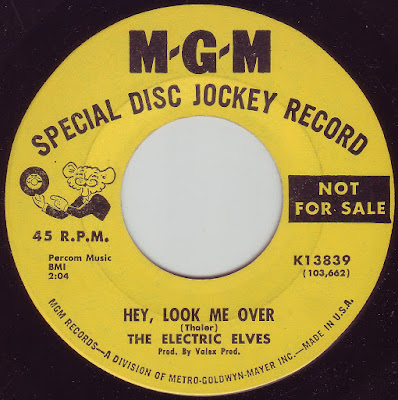 The Electric Elves were from Cortland, NY about 45 min south of Syracuse and were a popular act in the area of Central New York. Their claim to fame, aside from this very cool 45 is that a guy named Ronald James Padovana played bass and sang lead vocal with them. Ronnie shortened his name to Ronnie James Dio, shortened the band name simply to "Elf", got discovered by Deep Purple bassist and producer Roger Glover, and was a warm up act for them as well. After Ritchie Blackmore split from Deep Purple he basically hired the rest of Elf to be his backing band and renamed them "Ritchie Blackmore's Rainbow". Dio would later go on to replace Ozzy Osbourne in Black Sabbath and have a huge solo career as well. 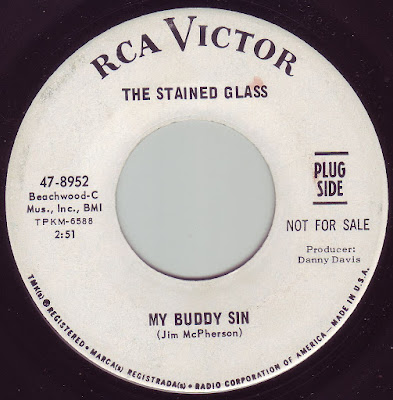 The Stained Glass are one of my favorite bands and have a great roster of 45's on RCA and Capitol records. They released four on RCA and three on Capitol as well as two LP's on the latter label. 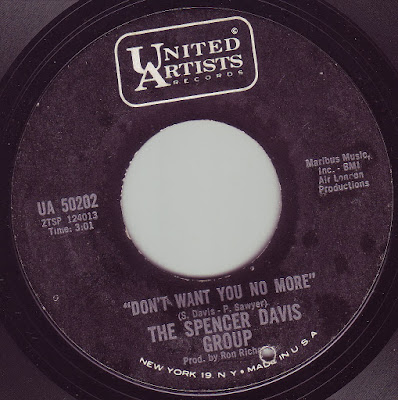 The first 45 released by The Spencer Davis Group after Steve and Muff Winwood left the band. They were replaced by Eddie Hardin on keyboards and Phil Sawyer on guitar both excellent musicians keeping up with the emerging style of Traffic, Winwood's new band at the time. Both sides are great but the A side has stood up as a classic mainly because The Allman Bros. worked it into an instrumental and became one of their most famous tracks. 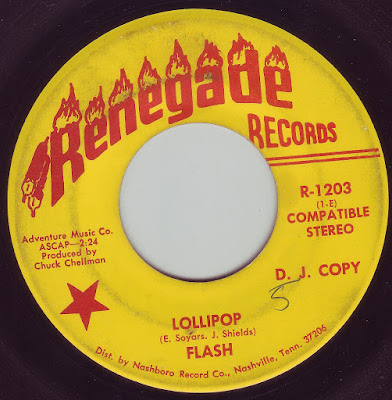 Totally unknown group out of the south, possibly Tennessee, but who knows?? Great bubblegum/garage with some very cool organ thrown in there for good effect. 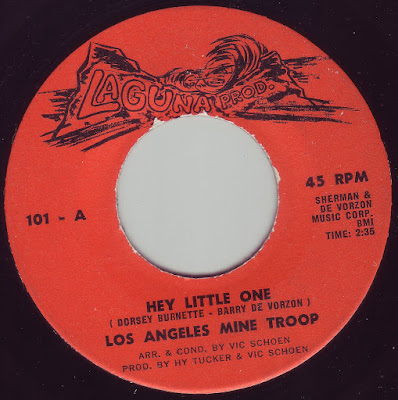 Another totally unknown group, this time from L.A. doing a cover of a Dorsey Burnette tune. 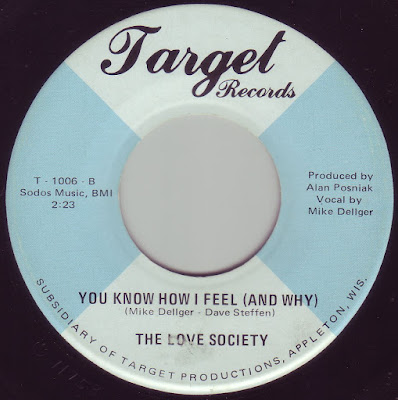 O.K., I promise this'll be the LAST Dylan thing on this particular post. The Love Society were from Plymouth, WI smack dab between Milwaukee and Green Bay. They had a slew of 45's on various labels, some were pop, some were psych, and this kooky Dylan style number. 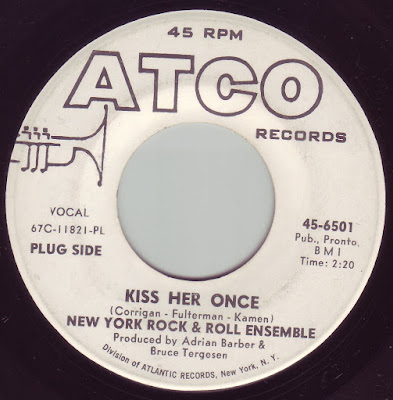 These guys were mostly students from Julliard who probably needed to score some swingin' chicks but didn't know whether to rock out or ditch their cellos and violins. I guess they figured "why not combine both?" and came up with this rather cool 45 that sounds a bit like... The Left Banke... ummm Baroque Pop if you will. Not bad. 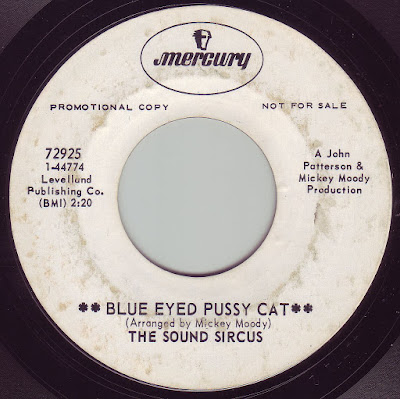 Not much known about this crew, except that Mickey Moody, the producer of this, worked with Huey Meaux in Texas, so that might be a good guess. Both sides are mod/soul inspired. 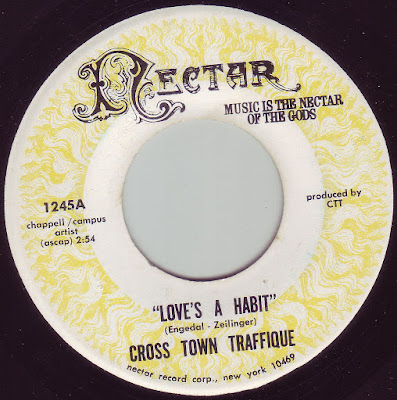 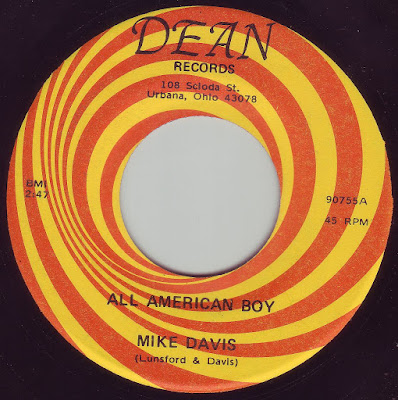 Not exactly sure who Mike Davis is either, but I can definitely assume (that's an oxymoron isn't it?) that he was from Ohio, and I can say with all certainty that it was pressed at Queen City Albums in Cincinnati, OH.