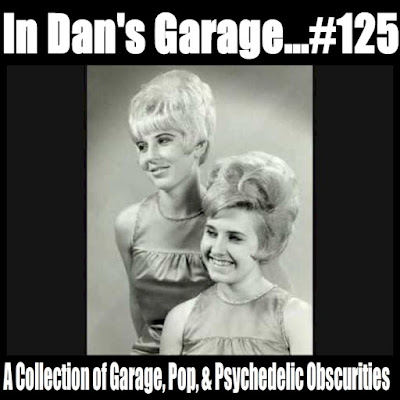 Holy Moly. You know how long I've been working on this post???? All summer. It's not that I'm lazy mind you, it's simply because I have such little spare time on my hands. I'm not complaining here, I mean, I prefer being busy, but as I approach my "golden years" (I turned 57 on August 27th), I'm contemplating retirement which would mean that every day would be a Saturday. That's as great a concept as Gary U.S. Bonds singing about a "Seven Day Weekend". I'm actually blowing off installing venetian blinds in my GARAGE to write this post. That may not go very well with my lovely wife "Red", but since I'm blowing off work for a couple of days I figure I'd finish this post and scratch it off my "to do" list. Besides, a bunch of guys are showing up in less than a half hour to re-seal my driveway which makes all outdoor work impossible, for today anyway. Home ownership is the BEST! (FYI Installed them while taking a breather from writing this! WOO HOO!!)

Someone left a comment several weeks back wondering if I "ran out of records". Well it's quite the opposite. Here's a picture I took about that time when I was searching for an incredibly valuable 45 that I misplaced.... 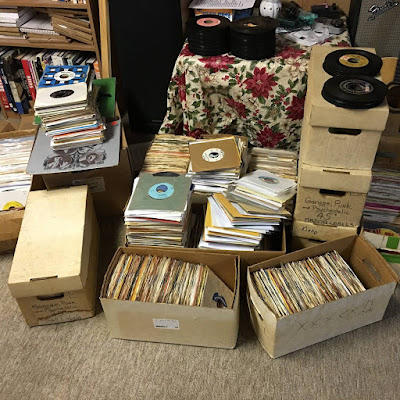 This is just a small example of what I'm dealing with over here at Dan's Garage central. What you're looking at are all my boxes of "old" records. I went to an establishment here in downtown Rochester called "Bags Unlimited" (they specialize in materials for collectors) last week and bought ten more boxes and quickly filled them up with what I consider "new" stock. That's a LOT of records and I figure at this slow pace, I'll be writing this blog for the next thirty years. That doesn't include all the L.P.'s that I have, but since this blog is solely dedicated to the 45 RPM record, we'll disregard them. For now....

Which brings me to the subject of a format change. Because time is so precious these days, and because it literally takes me 8+ hours to make a post from start to finish, I was thinking of posting a 45 or two at a time with down-loadable links. This would make these posts more frequent, and they also would be more free-form as far as genres are concerned (I've obtained a lot of oddball shit that defies categorization over the past few years). Let me know what you think. In the meantime I'm trying to re-up all dead links and this will take LOTS of time so be patient.

As usual I grabbed a fistful of 45's, ripped 'em, and now I'm passing them off to you, my friends and followers. If you've listened to the "Dan's Garage" radio show, you undoubtedly heard these tracks already, but if you haven't, I'm sure you'll enjoy these as much as I do! 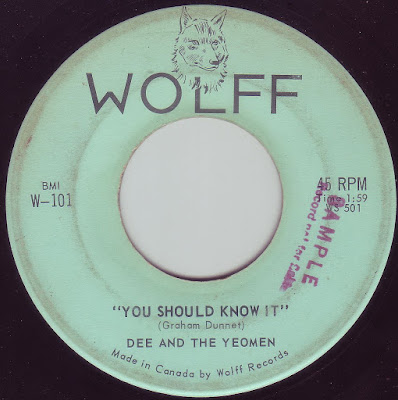 Dee & The Yeomen were fronted by Graham "Dee" Dunnet who was an Englishman who played alongside acts like The Beatles and Gerry & The Pacemakers when they were doing time in Hamburg. Fast forward to 1963 where Dee settled in Canada to become one of that country's most beloved acts in the early 60's. This is their first 45 a nice piece of beat/pop with a definite British Invasion flair to it. 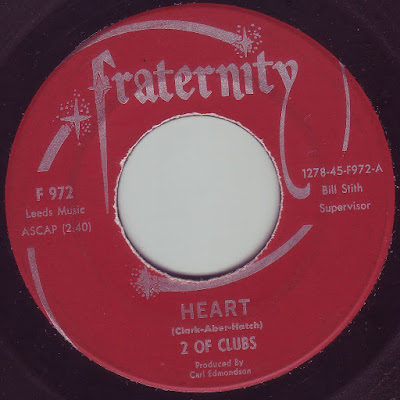 The 2 of Clubs were from Cincinnati, OH and had a big regional hit with "Walk Tall Like A Man" in '66. This was actually their first 45, a great re-work of Petula Clark's "Heart", which actually rivals the Remains' version. 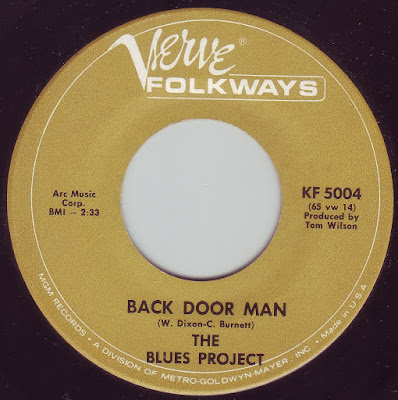 The Blues Project's first 45 finds them doing what they do best. A little bit of blues, and a little bit of folk-rock. Tommy Flanders sang lead on these tracks (I believe) and left the band soon thereafter. 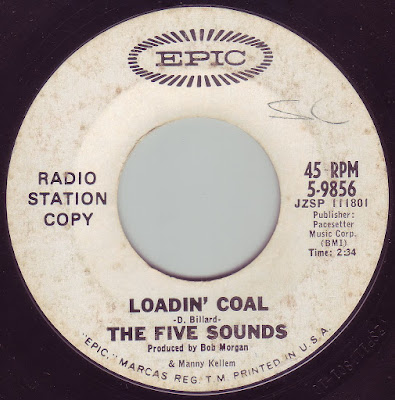 All I can gather from investigating this bunch is that they were from Nova Scotia up in Canada and released two 45s on Epic, both outstanding garage rockers with excellent production. 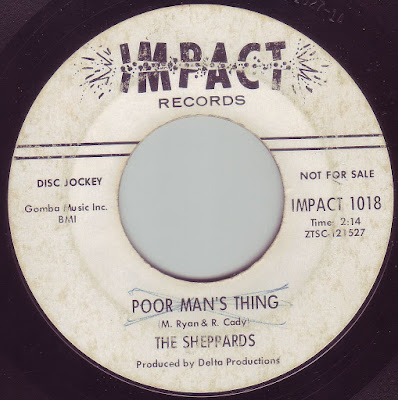 Certainly one of the best girl "put down" songs of all time. The Sheppards were from Detroit and released this one killer snotty 45. Even their version of "When Johnny Comes Marching Home" kicks serious ass. 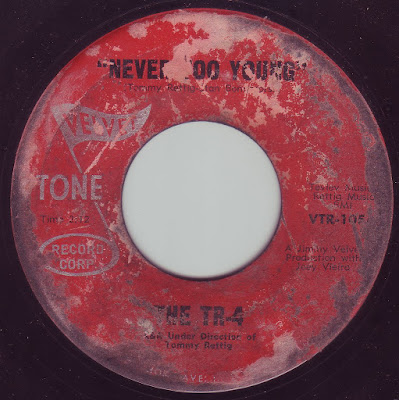 The A side of this here 45 is a pretty routine frat/surf/teen/garage tune, not bad, but nothing that stands out either. These guys must've listened to a lot of Stones records before they hit the studio because the flip is an ace snotty slo-tempo garage punker heavily influenced by "Time Is On My Side". 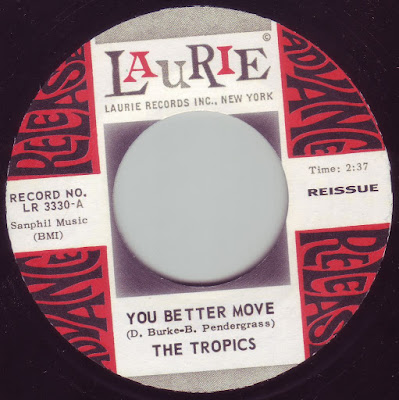 You all know that I generally don't deal with re-issues or boots on this blog. Not that I'm against them at all, it's just that they're too freakin' expensive (IMHO) and I prefer to search out originals if possible and when they fit my ever so tight budget, which these days is pretty rare given the scratch that's being thrown around for originals like this heavy hitter. Even though it came out on a major label, an original like this fetches well into three figures. 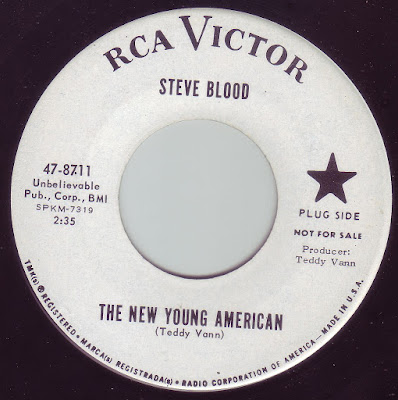 An interesting 45 by a studio group that mixes a bunch of social commentary with some pop culture thrown in for good measure. 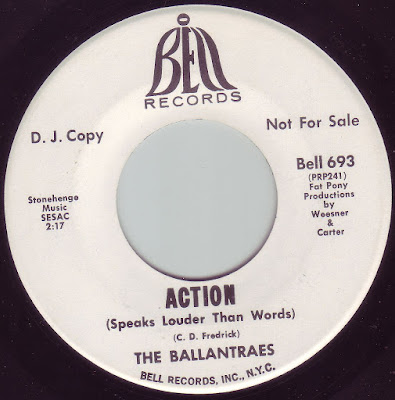 Here's a band from the Tennessee area that released two different 45s, this one twice on different labels. Good blue eyed soul mixed with some garagey vocals make for a good mover. 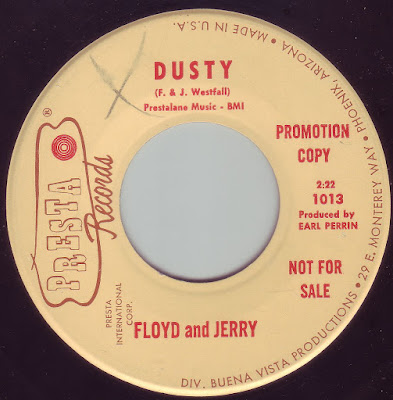 The second last 45 this duo from Phoenix, AZ would release on Presta records. They had two more on Double Shot and then these two brothers went their separate ways before releasing one more 45 in 1981, but I'm not too sure what that one sounds like.... 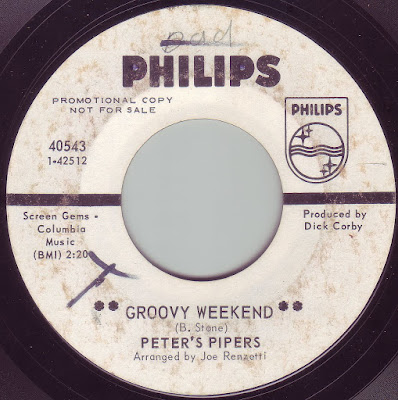 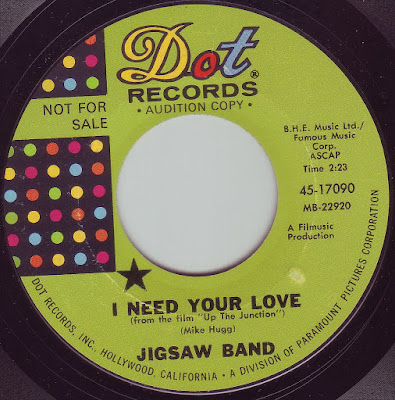 I'm not sure if this is the same British group that simply called themselves "Jigsaw" that had some success in the late 60s into the 70s. The A side was written by Manfred Mann drummer Mike Hugg and was featured in the film "Up The Junction" although the version from the film is quite different than this one. It sounds like these guys were heavily influenced by The Beatles' "All You Need Is Love" and "Penny Lane" as the arrangement of the song bears this out. It is a very nice piece of psych/pop nonetheless. 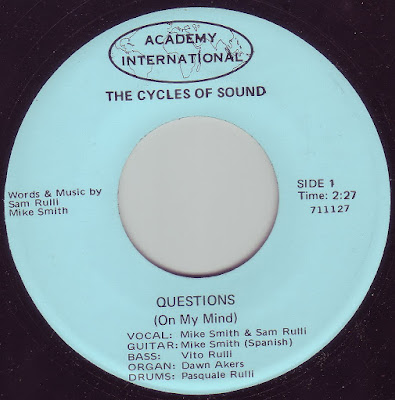 This is one of those 45s that I get that is clearly from the 70s (although I have no way of verifying that), yet sounds like a bunch of guys stuck in the sixties. The great cheezy organ really makes this 45 stand out even though the songs are somewhat weak. 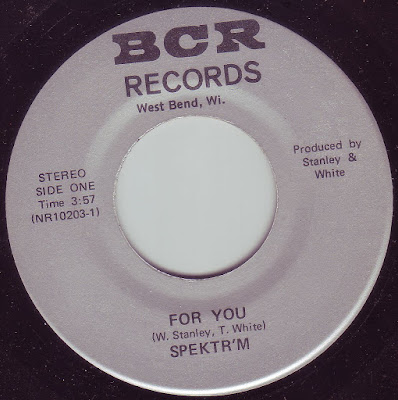 Here's another one just like the above 45. You know it's from the 70s (although I can't verify that) but it certainly has quite a bit of "garage mojo" going on with it.