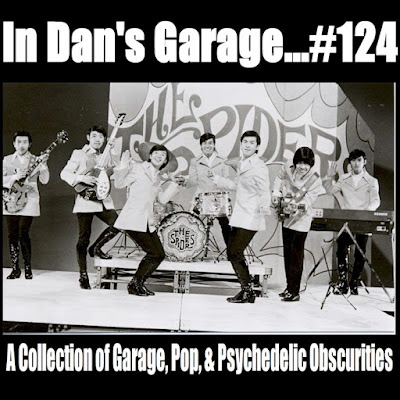 Greetings music lovers!!! I'm so glad to be here writing this post today, as it is great therapy for me, spinning 45's, and making astute comments about each of them. It's great to be back. The past three months have been somewhat crazy dealing with several personal problems, and some truly whacked out weather, thats been plaguing this area of New York as of late. The personal issues I can iron out and they go away (mostly), but there isn't a damn thing I can do about mother nature but deal with it. I must admit, I don't live in the worst climate, I mean, people that have to deal with hurricanes and tornadoes, mudslides, and earthquakes have it much worse, but I gotta tell ya, this late winter/early spring has been a doozy. What was a rather mild winter was capped off with a bizarre "wind storm" in the first week of March. The difference between a "wind storm" and a hurricane is that we didn't get any rain or surges from the lake. In fact the day that this thing hit, it was sunny and well into the 60s and that's tropical for these parts at the beginning of March. What transpired was a six hour 80 MPH wind gust that knocked down trees, and hundreds of power lines across the county, so naturally we were left without any power. For five days. That compounded by the fact that the temperature by the end of the week dipped into the single digits, made this a minor crisis for us. Luckily we got a hold of a couple of generators to keep the fridge, the freezer, and the sump pump working. The next week was great as well. We finally got a huge snowstorm and it dumped a nice fresh 28 inches on us in two days. Now were dealing with constant rainfall and the poor people up by the lake are losing everything because the lake levels are so high and their property is just being eroded away, and it's not getting any better for them. Fortunately all I suffered was some seepage in my basement that messed up some of the paneling. Such is life in beautiful suburban Rochester, NY!
Enough of that stuff though. I've been trying to re-up all the dead links on the blog but this is a long process mind you, because I have well over a hundred links that need to be taken care of. I'm going to try to fix as many as possible as soon as possible. Right now vols. 1 - 5 are up and running and I'm working on the rest.
I literally have gobs of new records here to post and I really don't even know what I've got stashed away, but I can assure you I have enough to keep this thing up and running for several more years (at this pace it might be 50). So thank you for your patience, enjoy the springtime weather, and please enjoy this new offering. 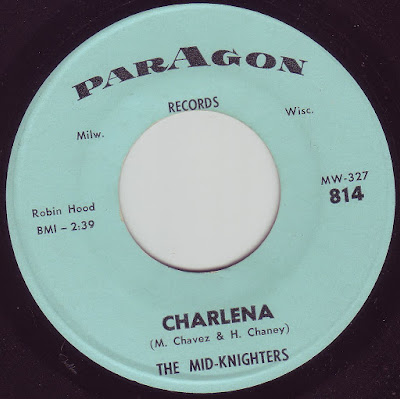 We kick off this post with a 45 out of Milwaukee, WI, or at least I believe it's from there. Things get somewhat confused as I thought this was the same band as Richie Knight & The Mid-Knighters from Toronto Canada who released the same song on the Arc label. It appears that this is a completely different act as each version is completely different. The Wisconsin Mid Knighters deliver a nice uptempo frat rock rendition of this song with a decent teener/do-wop flip. 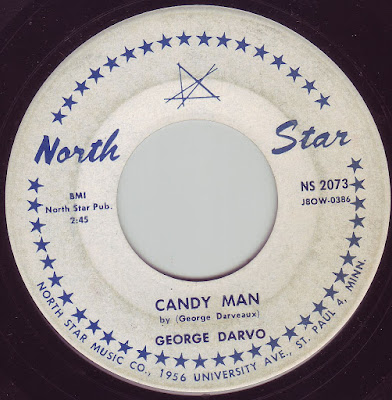 Here's an early one from Minnesota by a guy named Geroge Darvo although some copies has him listed as George "Davo". Both sides are pretty good up-tempo rockers.

Princeton Five - Summertime Blues / Sure Know A Lot About Love (1965) 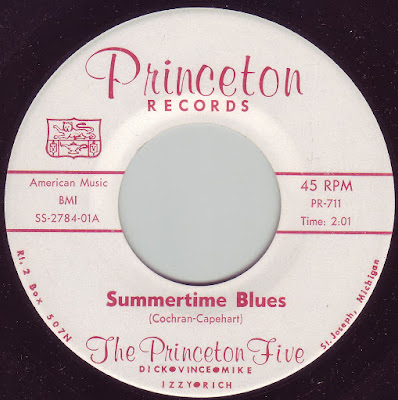 These guys were known as The Princetons Five, The Princeton Five, and simply The Princetons. They released five 45s on two different labels, and all are good frat-rock songs. On this one they tackle the Eddie Cochran favorite with "Sure Know A Lot About Love" on the flip courtesy of The Hollywood Argyles and The Searchers. 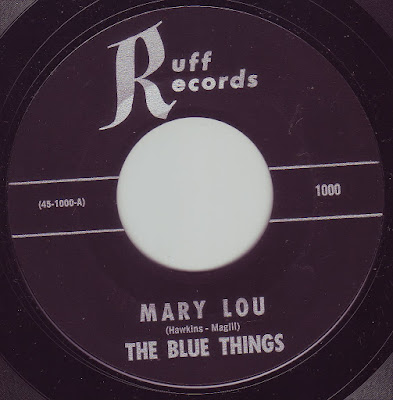 The first 45 released by this legendary band out of Hays, KS. Both sides are great. 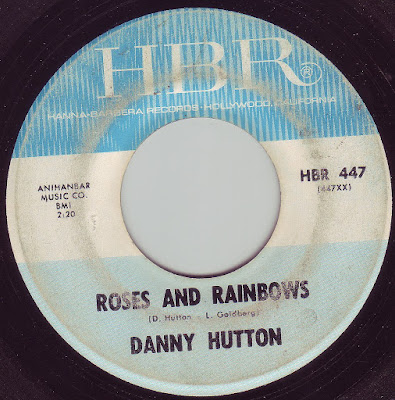 Here's some nice west coast mid-sixties pop from by Danny Hutton. Hutton released a 45 previous to this one as "The Bats" (IDG #72) which was a folk type affair, but it sounds like he hooked up with The Wrecking Crew and recorded this nice slice of sunshiny pop. Hutton would later join Cory Wells in The Enemys, and both of them teamed up with Chuck Negron to form Three Dog Night, a band that I really like. I know that they were sort of "manufactured", but at least the backup musicians were top notch (in my opinion) and the did sing some pretty good pop songs. 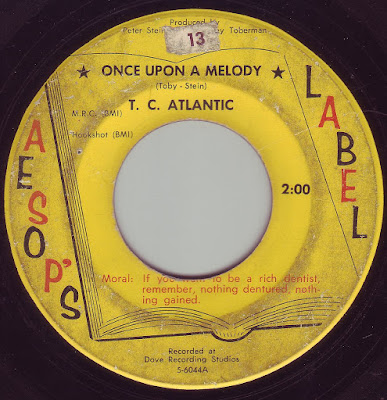 The first 45 by this group out of Minneapolis. Unlike their R&B and psychedelic stuff, this one is very pop-ish. 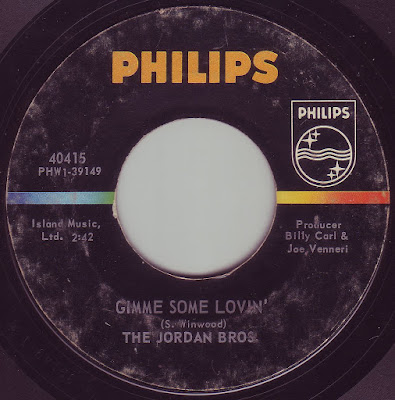 The Jordan Bros.(who were actually brothers) from Frackville, PA have the distinction of releasing The Spencer Davis song and having hit with it before Steve Winwood & Co. scored big with it here in the U.S. Although the Jordan's version wasn't as huge as The Spencer Davis one, they did make a nice dent in the charts on the east cost. The Jordan Bros. had a long career that spanned three decades from the 50's to the 70's. 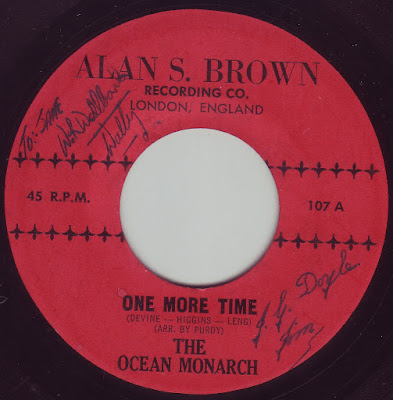 Not much is known about this one, although it's been speculated that this group was the house band on "The Ocean Monarch" a cruise ship that sailed the seas back in the fifties and sixties and quite possibly beyond that.. One thing I can say for sure, this record was definitely NOT recorded in London, or anywhere near Great Britain. These guys sound like typical suburban teenagers from the USA, but who knows???? This is a very crude recording with some pretty sloppy playing from "The House Band". A real hoot! 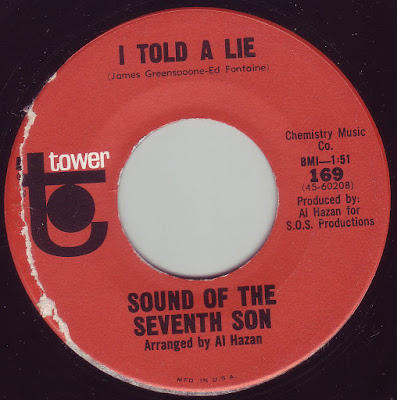 Here's another lo-fi 45 for your listening pleasure. The Sound Of The Seventh Son also released 45s on Philips and Warner Brothers as "The East Side Kids" and supposedly the house band at The Crescendo on Sunset Strip. This ones another fairly inept two sider with some off-key vocals. The band included a young keyboard player named Jimmy Greenspoon who would later Join the previously mentioned Danny Hutton in Three Dog Night. You can read more about these guys here. 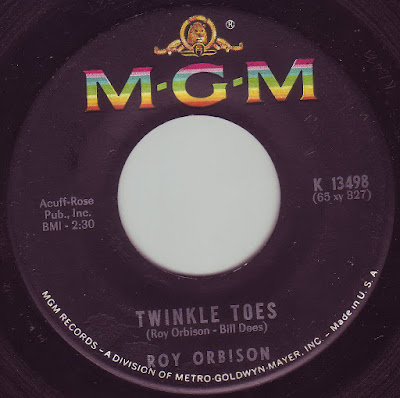 Most of you don't need a history lesson on Roy Orbison. It's known that in his mid-sixties stint with MGM records his popularity in the US had waned considerably and it sounds like he was trying to "get hip" with the times by releasing some "with it" records like 1969's "Southbound Jericho Parkway" and this fuzz filled effort from 1966 called "Twinkle Toes". Even though the backing group sounds like theyre with the times, Roy delivers a typical vocal performance as only he can do. One of rock and roll's unique talents. 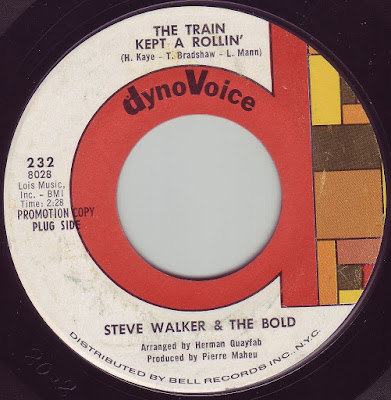 This crew was from Springfield, MA and had one other classic 45 on Cameo as simply "The Bold" a year before they released this gem. This is one of the best versions ever in my opinion. The band would drop Steve Walker from their name once again, hook up with ABC records and release an LP in 1969 that was pretty good and worth seeking out. 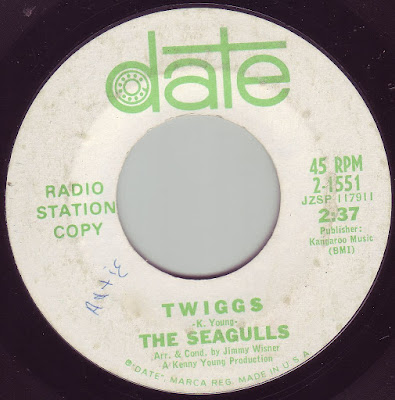 I sometimes wonder why I include stuff like this in the blog, but I guess I just can't help myself. I don't really hate this record, in fact I think it's OK, but it's so freaking goofy as many songs were  during this time period. The Seagulls actually recorded a decent cover of  Dave Davies' "Death Of A Clown" which I featured in IDG #102. 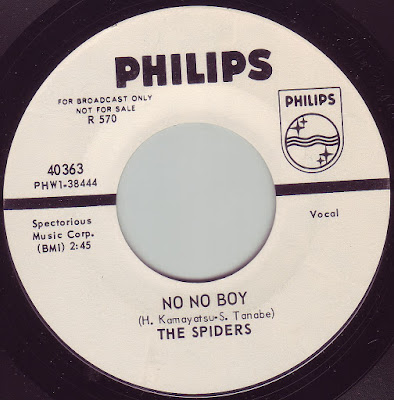 One of the most popular Japanese groups from the sixties, The Spiders managed to release this one 45 in the US. When I got it I was somewhat dissappointed because both sides are slow mid-sixties pop, but not real bad. I wish it was as crazy as their classic "Furi Furi".

Stillroven - Little Picture Playhouse / Cast Thy Burden Upon The Stone (1967) 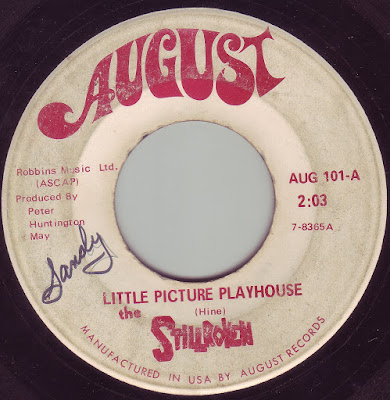 One of Minneapolis' best groups, The Stillroven cut about a half dozen 45's from 1966 to 1968 of which this is one of the best. Unlike their hard driving version of "Hey Joe", this one dips into psychedelic territory as the cover a song originally recorded by Simon Dupree & The Big Sound. 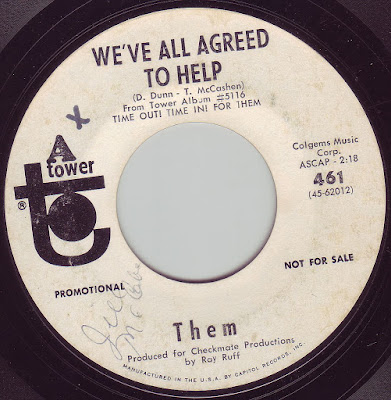 As we all know after Van Morrison left Them they became a totally different sounding group, not simply because of Morrison's vocals, but their shift from an R&B based band, to a psychedelic one. This was the last 45 they would release on Tower records and is one of their best.