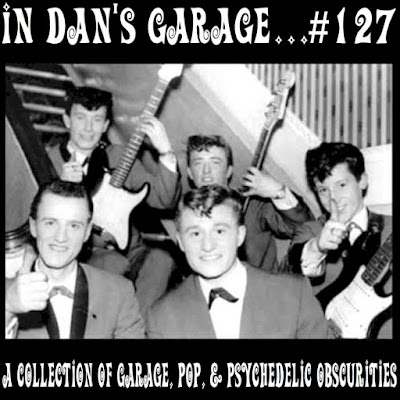 Greetings Music lovers!!!! I hope everyone out there had a Merry Christmas and a Happy Holiday season this year! The new year is creeping on us and I wanted to get a post in before the end of 2017, and since I had some spare time, I figured I'd let 'er rip. Not much to say today except that all is well, and it looks like after two or three years of being out of the loop, The True Believers are going to start working and playing out again after a rather spirited show we played on the 22nd of December in honor of Jerry's (our bass player) 60th birthday. YIKES!!! Are we that old??? Nah. I don't feel a day over 57. Seriously though, we had a good time and it inspired me to start getting back in the mix. As far as this post goes, I'm featuring a bunch of stuff I've acquired recently, and some of it is pretty beat up, so bear with the pops and crackles. Happy New Year everyone!!!! 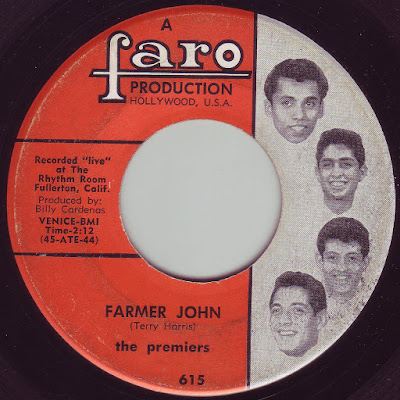 A bona fide classic! Unlike the more famous Warner Bros. version with the "Kosher Pickle Harry" intro (which wasn't real by the way...), this one has no intro but still has the canned live crowd noise. 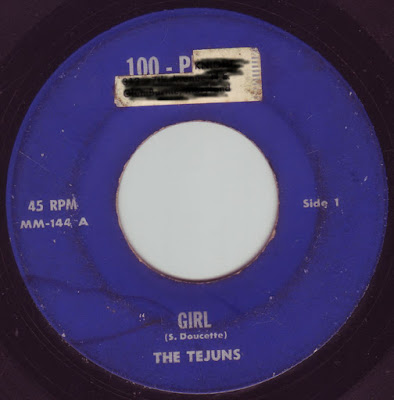 Heres a real obscure one by a group out of Baltimore, MD. Although it's from '64, the band is still firmly stuck in greaser territory with the song style and the vocals, but you can't help but dig the rough and tumble lo-fi delivery of the band. Great guitar work on both sides of this, and by the way, what's cooler than having your band put a record out on "100-Proof" records????? 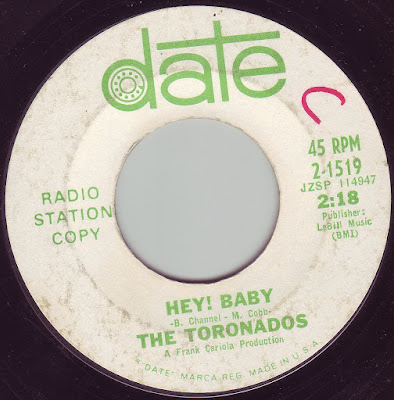 Speaking of greasers, these guys do a sort of garage/do-wop take on the old Bruce Channel nugget and do a fairly decent job at it. The B side is a cool instro. 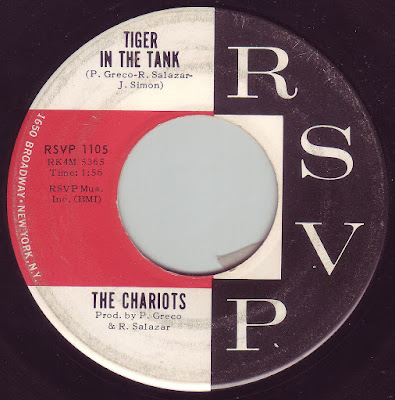 Here's an instrumental two sider by what I'm pretyy sure is a studio group. It seems that P. Greco and R. Salazar did other work for R.S.V.P. records, so they most likely got in the studio and slapped together this 45 which is a cool mix of surf, hot rod, and tiger noises. 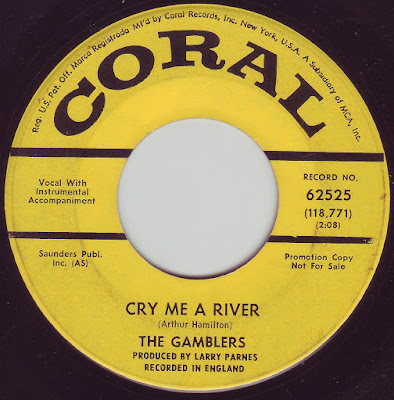 These Gamblers were from the U.K. and were Billy Fury's backing group on a number of his 45s. They released this terrific mod/soul version of the Julie London classic in '67 backed with a great moody minor-key flip. 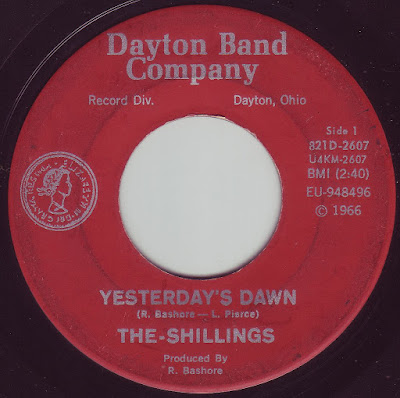 Not to be confused with the Shillings of Allentown, PA, this group from Dayton, OH released two 45s on this label. I haven't heard the other one, but this here is a REAL  moody lo-fi affair that's kinda tough to listen to through all the pops and crackles. 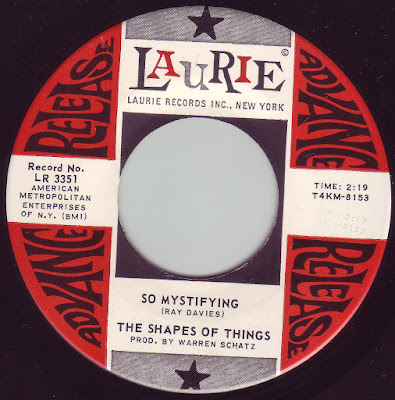 Ace cover of The Kinks' "So Mystifying" performed by a studio group led by Warren Schatz who was a prolific producer, arranger and songwriter. He also went by the name Richie Dean, The Whispers, The Warmest Spring, plus several others. 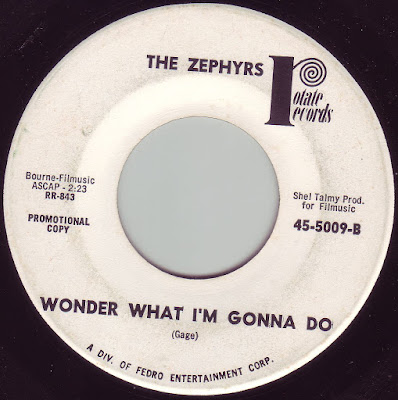 The Zephyrs were a pretty good beat group from the U.K. that released two 45s in the U.S. and six in Britain. They weren't overly flashy sounding or as intense as say Them or The Animals, but decent nonetheless. The most notable thing about this 45 is that it was produced by Shel Talmy right around the same time he was working with The Who and The Kinks. Interesting..... 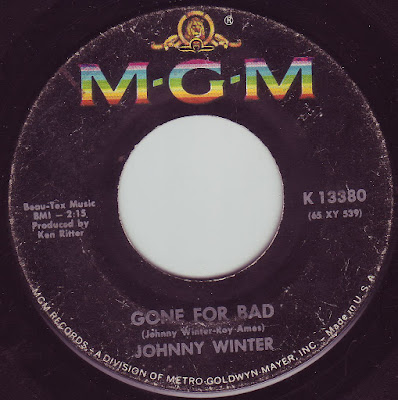 One of a slew of 45s Johnny Winter would release before he became a big time guitar hero in the late sixties on onward. He obviously was talented even at this early stage in his career, although his songs were definitely geared more towards the teener crowd than hardcore blues enthusiasts. 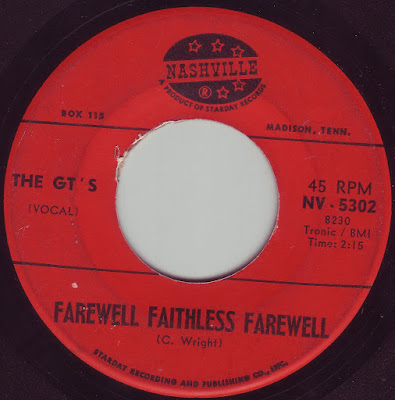 Here's one of those kinds of 45s that you really wish you knew more about, but getting info from google is like pulling teeth from an alligator, although to be fair, there probably isn't much info out there anyway. What I little info I did get places these guys somewhere in Ohio, just exactly where is anyone's guess. This is another real lo-fi affair, but fortunately not quite as scratchy. Yay. 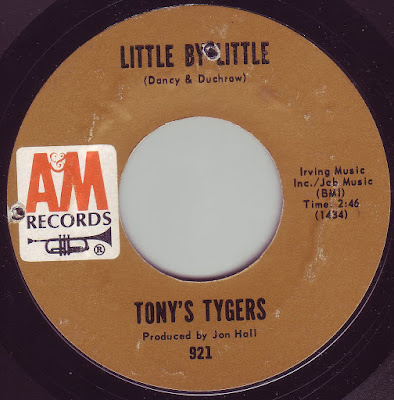 Very "nice" pop two sider from a group out of Wisconsin. This was originally released locally on Teen Town records and became a good sized regional hit, and was then picked up by A&M records for national distribution. 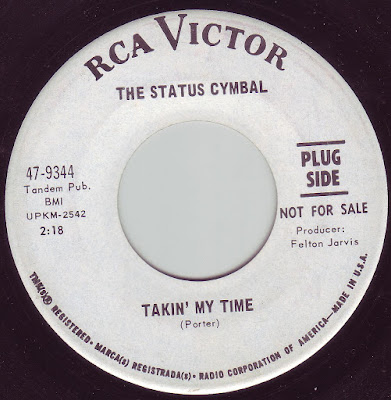 More "nice" sunshiny pop music from a vocal trio who from what I can gather, were from either Florida or Georgia. In any case, they were produced by Felton Jarvis who was a country whiz for RCA as well as producing a whole bunch of other pop and rock 45s that were recorded in Nashville. Note the heavy use of fake sitar on this record presumably to make it sound "extra groovy"! 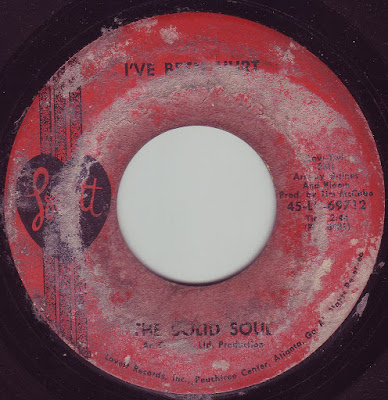 A lot of 45s from the 60's that came out of the south and mid west were straight up blue eyed soul recordings and this one's a perfect example. The Solid Soul were, for lack of better words, a solid soul band. This defining characteristic of these types of groups was their penchant for mixing deep soul music with a garage band type delivery. 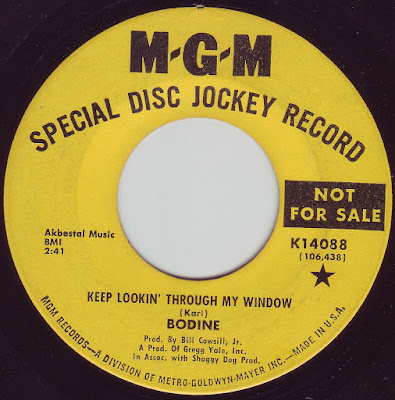 A late sixties release by a Pacific Northwest quartet that was formed by former members of The Daily Flash, The Kingsmen, And The Fantastic Zoo. Not exactly "psychedelic" but a good mix of rock and funky soul. 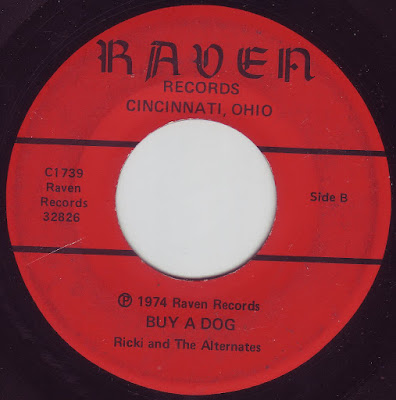 In the universe of of the record collecting "hobby", there are all kinds of records. Rock, Jazz, Soul, Country, and all of the sub-genres associated with those styles of music. I myself have hitched my wagon to what has been  described loosely as the "garage/psyche" sub-genre. I'm sure a lot of you out there have looked up this blog thinking you'll get my take on the latest KILLER FIND IN SERIOUS GARAGE RECORD COLLECTING AND I MEAN IT'S GONNA BE WORTH AT LEAST FOUR FIGURES AND THERES ONLY 1 COPY KNOWN TO EXIST IN THE ENTIRE SOLAR SYSTEM AND IT'S GONNA BE WORTH AT LEAST FOUR FIGURES (in U.S.dollar amounts) AND EVERYONE WILL BOW DOWN TO ME AS BEING THE GREATEST CRATE DIGGER IN THE KNOWN WORLD! Only to find that I'm just posting what's in my rather modest collection of records, and I do say with all my heart, that it is modest to say the least. I just like finding stuff, and there's a lot of stuff out there yet to be found. In my recent experience as a "garage/psyche" collector I've come across lots of records that were falsely advertised as "garage" 45s only to be extremely disappointed when the package came in the mail, opened it up and plopped the needle on the turntable, only to discover it's some band that sounds like Chicago or Blood, Sweat & Tears. Some of these I've actually have grown to like mainly because they're quirky or outside of the defined "sub-genre". Lately I've come across quite a few records that were recorded and released well into the seventies by local acts that ventured into a studio thinking they may be the next big thing only to lay down what we records collectors define as a "garage band record". Well...this happens to be one of them. I actually paid over $10.00 for this thing as I got sucked into the bidding process thinking I might miss something here. I'm glad I got it because this has got to be one of the more bizarre 45s in my collection. I'm not sure if this is a "song poem" 45 or what, I mean, it's on a pretty obscure label out of Ohio (It was pressed by Rite Records in Cincinnati) so there's probably no organization behind it, but I could be wrong. It's perhaps one of the most lo-fi things I've ever heard, in an era when recording studios and the groups that recorded in them were looking for cutting edge sounds, and songs to go with the advanced technology. I don't know what studio this was recorded in but it probably was someones basement, or maybe garage????  But just revel in the whacked out kookyness of this record. Hey, if you need a friend, just "buy a dog" right?????